If you're under the misguided impression that the garbage disposal is for any and all garbage, you could get into serious trouble later on. In fact, the disposal is only capable of processing a limited amount of food debris, and there are many types of food debris that can actually damage it. Here are three reasons to be careful what you put in the disposal.

1. You could clog the drain or cause sewer problems

Your kitchen drain has a special trap to collect grease, meaning that it can be relatively easy to unclog (depending on what type of drain clog you have). But that doesn't mean that it won't take time and messy effort to unclog the drain, so it's a better idea to keep the drain clear in the first place. Grease, eggshells, and too much of any type of food can clog the drain, no matter how much the garbage disposal works to grind things up. And there's no telling where the clog will end up; you could have a block right under your sink, or you could cause a clog out in the street where your drain meets the sewer. Putting grease and fats down the drain can even cause sewer backups, something you never want to experience.

2. It uses grinders, not blades

Some people say you can toss eggshells and ice cubes into your disposal to sharpen the blades. Whether or not that would work on blades is a moot point, as most disposals don't actually have blades. Instead, they use grinders to grind up the food you toss in. Allow any excess ice cubes to melt instead of grinding them, and save eggshells for the actual trash.

3. It has a limited lifespan

Yes, your garbage disposal can be a powerful and long-lived tool to protect your kitchen drains. But like any appliance, the more you overuse it, the faster it can wear out. Try to limit your usage to what the disposal was designed for so that it won't have premature aging problems.

These three reasons show that your garbage disposal, while an excellent grinder of food scraps, does require some consideration in how you use it and which food scraps you give it to grind up. To keep your disposal itself healthy, as well as the drain and the sewer that it leads to, try to limit your use of the disposal by only putting small, non-fatty, non-fibrous food scraps through it.

Keeping Your Septic System On Point

Keeping Your Septic System On Point 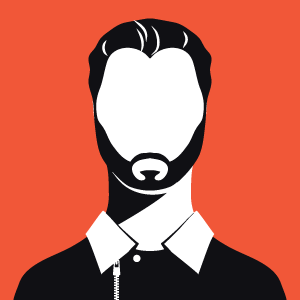 I have always been one of those people who likes to keep things clean and tidy, which is why I wasn't that happy about the fact that our new home had a septic system. However, I knew that there had to be something that I could do in order to make sure that things never went wrong, so I started focusing on the proper care and maintenance of my septic tank. It was incredible to see how much of a difference we were able to make, and within about six months, our septic tank was working just like any other professional plumbing system. This blog is all about keeping your septic system on point.